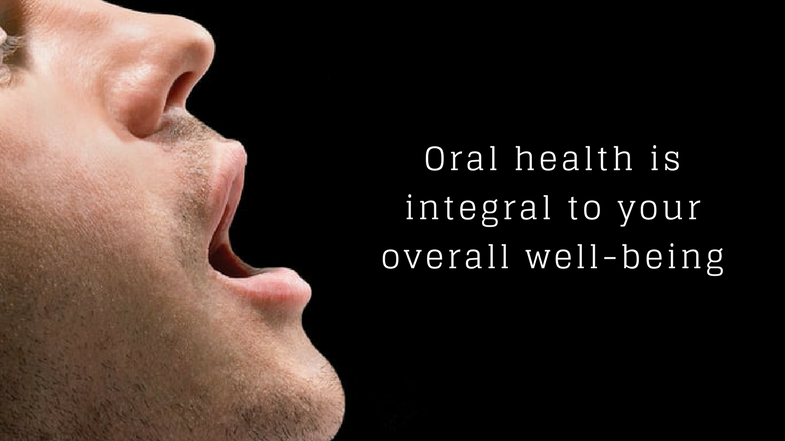 "Show me your teeth, and I will tell you who you are," declared preeminent 18th-century naturalist George Cuvier. The guy was onto something.

During the past few years, periodontal researchers and physicians have amassed a trove of evidence showing that not only can the gums and teeth act as a barometer for how well the body is doing, they may directly affect the health of the heart, metabolism, brain, and even penis. What kind of impact are we talking about? Let’s just say that, if you were to keel over now from a heart attack, before hitting the floor you may want to ask yourself, "When was the last time I flossed?"

Hyperbole? OK, maybe. But look at the facts: The mouth is the body's most common entry point for infection, yet doctors have almost universally ignored it, says Wenche S. Borgnakke, a University of Michigan periodontal health researcher and a dentist who for decades has urged M.D.'s to take the health of the mouth more seriously. "Almost every medical condition has some kind of manifestation in the mouth," she says.

For anyone who needs a refresher, here's why oral health is so crucial: Every time you eat, food particles stick to your teeth. If you don't brush and floss daily, the particles attract bacteria and form a slimy coating on teeth: plaque. With less than a week of inattention, that plaque calcifies into hard tartar, which won't come off without a dentist's scraping tool, and begins to lodge in the supporting gum structure. The gums become inflamed — that's gingivitis, the first stage of periodontal disease, or PD — and little pockets open up between the teeth and the gums. Over time, the pockets get bigger, driven by ever more festering bacteria that eat away at the tooth and its supporting architecture, eventually dooming it. This is periodontitis, the severe form of gum disease.

You may know all of this already, but what you likely haven't heard from a doctor or dentist is that mouth bacteria — living, breathing germs — can cause repercussions downstream. These germs can wriggle through red, swollen gums, and travel to the bloodstream, where they're free to proliferate throughout the body, triggering a harmful inflammatory response far from the mouth. (Inflammation is a major force behind almost every chronic disease.) What's scary? Nearly half of U.S. adults have PD, and even more have the milder form of gum redness and swelling — gingivitis. Says Robert Genco of the University at Buffalo, arguably the nation's leading periodontal researcher, "If somebody has gingivitis for years, it could, in theory, contribute to cardiovascular disease." That's bad news if you're healthy and with no risk factors for the illness, but it's particularly dangerous if you're predisposed to the disease.

The collateral damage from neglecting your teeth and gums stacks up fast: Heart disease, stroke, diabetes, and possibly erectile dysfunction and Alz­heimer's can all be connected to an unhealthy mouth. And the inflammation that we believe is responsible for all this misery wears different masks.

Disclaimer: We came across this great article in Mens Health, discussing how heart disease, stroke, diabetes and Alzheimer's disease may all be connected with bacteria and inflammation in the mouth. We thought that Livionex Dental customers may benefit from reading it. If this excerpt piques your interest, you can find the full article here.